My sister Kelly and I were meeting with our dad to discuss the new barrel room, when to bring back wine dinners, what kind of productions tastings to hold, and how to break the news to the club about the limited supply of 2013 Viognier.

For a while we discussed many things - often accompanied by the shattering sound of my crushed hopes and dreams (I had a lot of good ideas that they tossed aside, and Fizzy Football Sundays remain still as only a figment of my imagination, and in desperate need of better name)...

But after two hours debate, finally, I put out an idea, and everyone agreed. I mean, it was probably my idea - I came up with so many good ones, and who can really keep track of who-said-what in those long meetings anyhow, right?

Here's what we decided:

We picked a weekend to host the grand opening of the new barrel room for our wine club and decided on a wine-club-only, "open house" style of event. We also plotted out some tentative dates for wine dinners and production tastings, discussed music options, and other goodies too (more on those when we've finalized the details)... 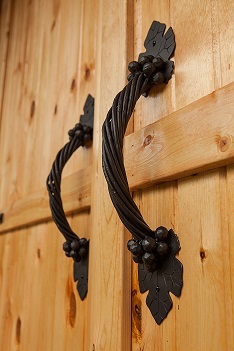 We're going to skip the shipment, allocate a few bottles to each club member, and release it at the wine club open house.

If we sent the wine in a shipment, because there's only 150 cases, that would mean only a bottle per member and not much left over. Some folks don't care for Viognier - others (such as myself) go bananas for it. This should allow the inventory for those who love the wine to grab an extra bottle.

On August 16th and 17th, we'll celebrate our new barrel room along with the exclusive club-only release of the 2013 Viognier. A link to RSVP to this event will be sent in your Sunday, August 10th, August Shipment Newsletter. If you're a club member, you're going to need to log into your account in order to make your RSVP - so be sure to set up your account access by putting your email in here, and starting with a temporary password: /Members/Forgot-Password